We recently spoke with CeCe’s Mum about the positive impact that CeCe’s Jorvik Tricycle has had on her lifestyle.

CeCe lives with a unique genetic mutation where she can’t see in 3D, but can only see in 2D. As a result of this, she really struggles with her balance. She had previously tried a pull along tricycle, but this meant CeCe had little to no independence. CeCe and her family wanted to find a tricycle that looked conventional yet also modern and trendy.

CeCe and her family first heard of Jorvik Tricycles when they saw a couple of people on them down at the Forest of Dean and at one of their local cycle routes along the seafront in Deal, Kent. They got speaking to one of the ladies who explained that her children had purchased her a tricycle after her husband passed away to encourage her to get out more and be more independent. Having heard from the lady how easy tricycles were to ride and much she loved her Jorvik Tricycle, they began researching themselves. They weren’t only drawn to the look of Jorvik Tricycles, but their brand story really resonated with CeCe’s family as her grandma also suffers with Parkinson’s.

‘’The staff at Jorvik Tricycles are very easy to communicate with; they’re very understanding and don’t patronise you at all!’’

Initially they were hesitant about whether CeCe would use the tricycle or how much she’d enjoy it, but in hindsight they have now seen the value that her Jorvik Tricycle has added to her life. Not only has her tricycle helped CeCe develop her confidence and her identity but it has enabled her to get out more with her family and friends. 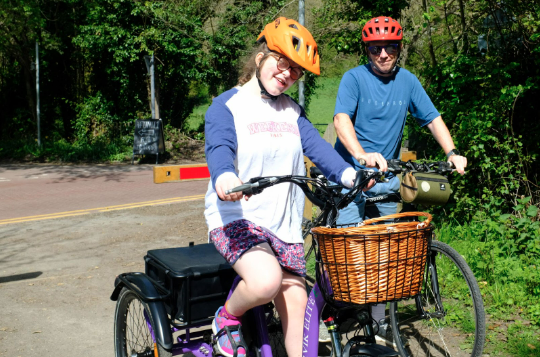 ‘’As parents we’ve had to learn to trust CeCe and allow her to have the extra independence, but we’ve also all bonded more as a family as cycling is now an activity CeCe and the whole family can do together!’’

Last year Vicky, CeCe’s mum, set up @ResiliantRidersCanterbury on Instagram with the aim of developing an inclusive cycling community, where people of all abilities were welcome to cycle together. They have been able to connect with and get cycling with other families affected by disabilities. Using Komoot they find adaptive and accessible routes to ensure that the whole group is able to participate in the cycle! Alongside her mum, CeCe will be taking her tricycle to the Kendal Mountain Tour 2022 where they’ve been invited to speak about their inclusive cycling community. 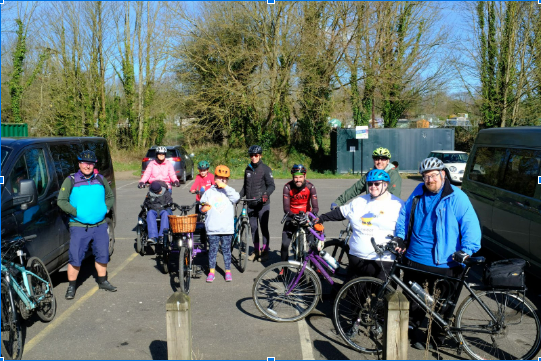 We’re so proud of the Jorvik Tricycle community we have built over the years, and we not only love hearing about how our tricycles can support individuals with disabilities or mobility issues, but about the bonds and connections people build whilst adventuring on their tricycle.